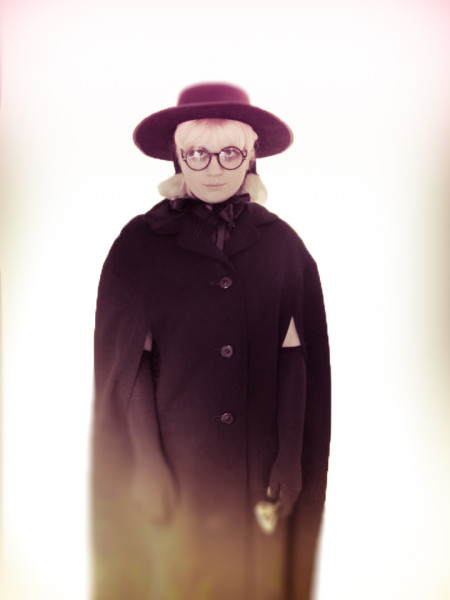 There’s a way to write pop music which is still intellectually stimulating. Mary Ocher proves this with her second album release Eden. It has been produced by Canadian Rock & Roll guru King Khan (producer of the Black Lips among other acts) and recorded in his legendary Moon studios.

It’s existence is a paradox in itself. The album contradicts the state of the music industry today, in its being an anti-thesis to everything that’s marked as “sell-able” these days: it’s raw, weird, lo-fi, minimalist and analog; existentialist pop. It is influenced by anything from kraut rock (“The Road”) to oldschool psychedelia (“No Lesson Learned”) to ambient and cites anything from Nico to Brian Eno, via Suicide, Suzi Quatro, Sparks and Lene Lovich.

You will find guitar-driven folk tunes (“Sweet Charity”) next to grim piano ballads (“The Android Sea”), garage (“Baby Indiana”) and towards the end it loosens itself in four minimal electronic pieces compiled into three tracks: The Thunderbird Tetralogy. These meditative, spheric ornaments lead us to a level of evolution where even the voice is lost. Eden is about life in various stages of degeneration of the human race: greed, xenophobia, remains of colonialism. But the thunderbird is a phoenix, it rises from its own ashes: „In death there can be life. How it got there, is a mystery to me.“