Give up on superstitions, bring along your black cat and break the cycle of bad luck by partying with us that day – Friday 13th:

Local Suicide‘s mastermind and moving power Brax Moody will be celebrating his birthday at one of Berlin’s coolest new locations: Cosmic Kaspar from 10pm at Rosenthaler Platz. To match the space interior he gathered the cream of the crop: Stockholm based Richard Rossa, Italian all-star Franz Underwear,  the quiet mastermind behind Tel Aviv’s disco-scene  Katzele and last but not least Local Suicide‘s other half: the Greek Vamparela who’s played her tasty mixture of tech-disco in the last decade all over the world.

If you have never been to Kookoo yet, now’s the time! Since moving half of the residency to popular art venue Shift from Farbfernseher, the monthly Kookoo parties are still going strong. Mieko Suzuki, Crato and ARA will be providing the hip-moving electronic beats for a night of artsy fun times. 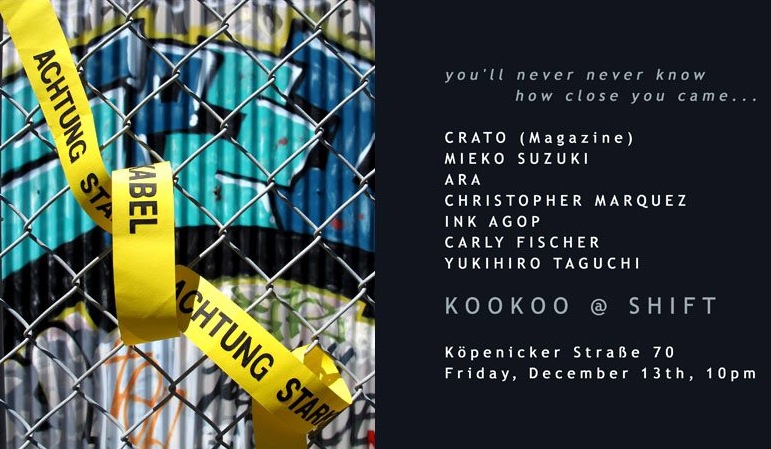