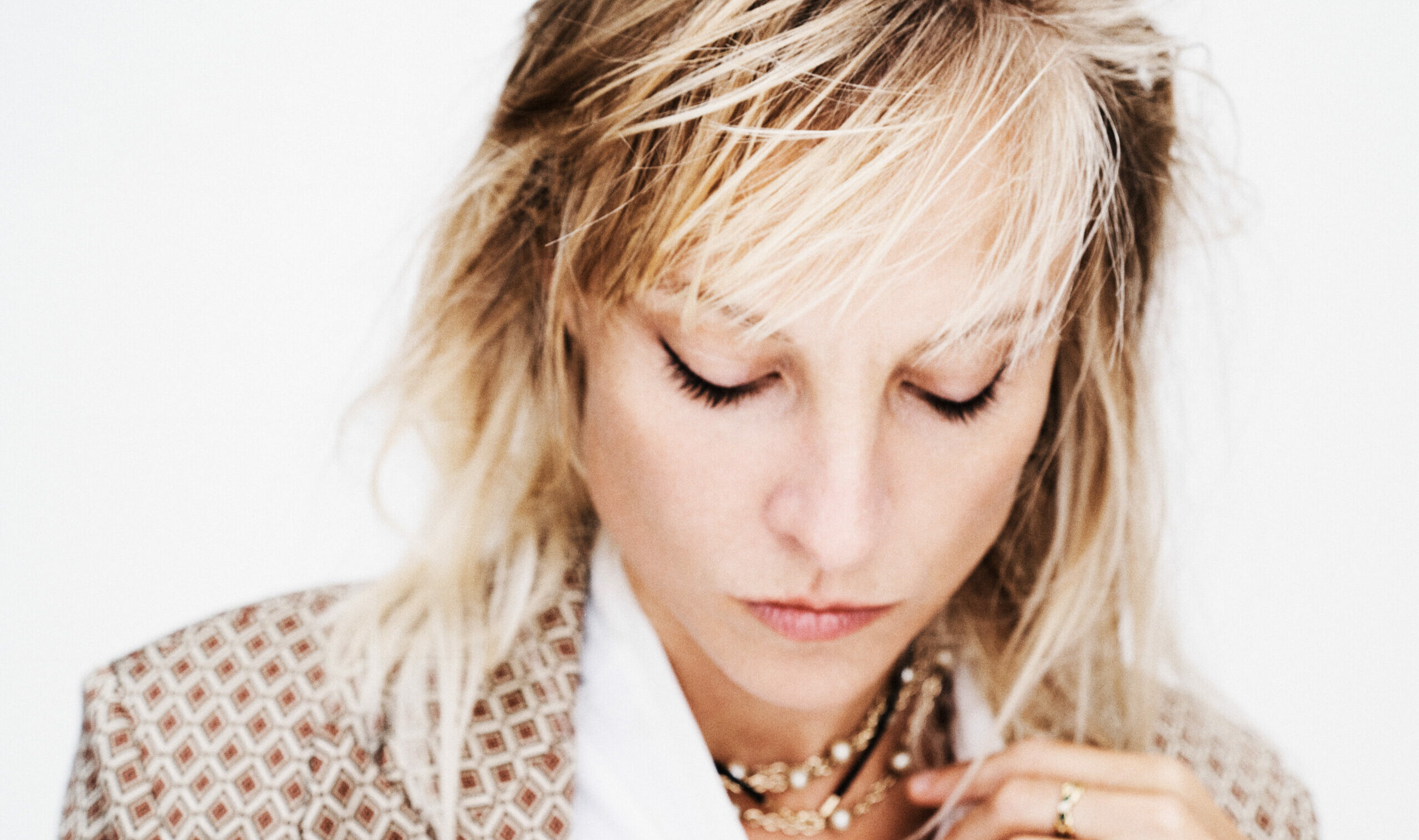 As a multifaceted artist, Sophie Gonthier has an obsession: identity, fragmentation, and unification. The introspection begins with ANYTHING MARIA, a masked character created in Berlin where she studied, refined in Paris where she currently lives, toured on European and American stages, and unanimously recognised by the press such as Les Inrocks, Libération, Télérama, and many more. This first step into her career led her to collaborate with great rtists, from Nan Goldin at the Louvre to Lee Ranaldo (Sonic Youth), Genesis P. Orridge (both featured in the Sabbath Assembly record), and Yuksek.

A few years later, she created a new wilder character: CATHERIN. Under this alias, she explored more underground forms, sounds, and rhythms. With her face uncovered but her identity still hidden, Sophie played DJ sets mixing house, techno, voguing, and African drums all over the world: New York, Hong Kong, Tokyo, Berlin, Paris… If Anything Maria was born out of the need to set her inner voices to music, Catherin aimed for something more intimate: a reconnection to her primal soul.

In parallel, Sophie has been developing a third project, about unification, and more intimate and authentic. She gave it her surname: GONTHIER. A man, a woman, a mixture between Anything Maria, Catherin, and her inner child, curious, sensitive, and hotheaded, a genderless character who seeks meaning, and a revelation. Gonthier makes radical choices just to go as close and sas possible to her inner voice: lyrics mostly in French, electro-pop atmosphere, scriptwriting songs that are part of a cinematographic dimension: a woman’s uncompromising look at the city life. The scenes take place a little in New York, a little in Tokyo, but especially in Paris’ “fauve nights”. With brutal sensuality, gentle violence, voyeuristic modesty, a critical eye and irony, she sings of urban excess and recounts life experiences in the city. The city of all possibilities, the city that absorbs, abuses, alienates, excites, exhausts, decouples, makes its subjects fierce and strong. As part of the electro-pop scene with her broken soulful voice, Gonthier is as much of a cerebral as a carnal tour de force, intimate, yet universal.
Her first single De Taxi En Taxi has been released in October 2019 on the compilation from queer collective Barbieturix alongside French artists Jeanne Added, Hyphen Hyphen, Rebekah Warrior, and Léonie Pernet, and accompanied by her first video premiered by Tsugi, and produced by the Ecole des Arts Décoratifs.
Sophie also just founded her own label Verticale Records, while working on her first EP with a first single out in summer 2021 I Don’t Fit In, and a second single with video out early 2023.